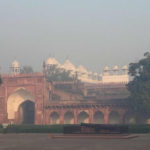 Air pollution in India is a serious public health concern. A recent study reported that over 1.24 million deaths in India in 2017 were attributable to air pollution, accounting for 12.5% of the total deaths in the country in that year. In other words, one out of every eight deaths in India were caused by air pollution. The study was conducted by India State-Level Disease Burden … END_OF_DOCUMENT_TOKEN_TO_BE_REPLACED 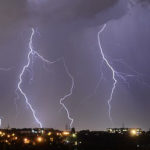 Many people suffering from allergic respiratory diseases may be perplexed by their symptoms flaring with foul weather. They may not be aware that thunderstorms are a risk factor of asthma attacks. With global warming, there seems a rise in acute asthma attacks with thunderstorms in recent years. This issue is still under-recognized by the general public.Thunderstorm asthma … END_OF_DOCUMENT_TOKEN_TO_BE_REPLACED 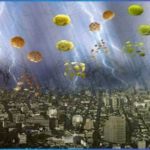 Over the past decades, a substantial increase in the prevalence and incidence of allergic respiratory disease and bronchial asthma has been observed. Epidemiological studies suggest that allergic respiratory diseases are still on the rise, especially in developing countries where the prevalence was previously low.As a result of rapid urbanization and industrialization … END_OF_DOCUMENT_TOKEN_TO_BE_REPLACED 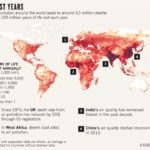 Each year, around 4.5 million people died from the effects of outdoor air pollution worldwide, an article recently published in Nature reported, citing two studies published in Lancet – one of the top medical journals in England.  However, this figure was estimated on the basis of the data in earlier years. According to a report released by WHO in 2014, around 7 … END_OF_DOCUMENT_TOKEN_TO_BE_REPLACED