China’s GHG emissions reached a new historical high in 2020 In 2019, China’s GHG emissions reached 14.09 gigatons of CO2 equivalent (MMt CO2e), surpassing the total annual emissions of all developed countries combined (including all member states of the OECD and European Union) for the first time at 14,057 MMt CO2e, about 36 MMt CO2e short of China’s total, a US-based … END_OF_DOCUMENT_TOKEN_TO_BE_REPLACED 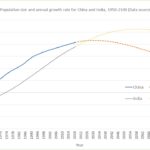 India is expected to surpass China to become the world’s most populous country by around 2027, according to the latest report “World Population Prospects 2019: Highlights”, released by the United Nations on 17 June 2019.At present, India is the second most populous country, with around 1.36 billion people. It is projected that India will have around 1.47 billion people by … END_OF_DOCUMENT_TOKEN_TO_BE_REPLACED 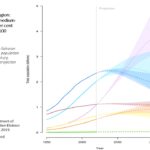 Over the next 30 years, Sub-Saharan Africa’s population is expected to double, adding an additional one billion people, said a new UN Population Division report released on 17 June 2019. It is further projected that the region’s population will still be rising fast at the end of the century, when the number of people in other regions on Earth will be reducing.The UN report … END_OF_DOCUMENT_TOKEN_TO_BE_REPLACED 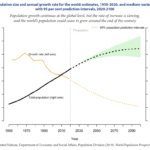 On 17 June 2019, the United Nations released a report entitled “The World Population Prospects 2019: Highlights”, providing a comprehensive overview of global demographic patterns and prospects. The key statistics about world population trends highlighted in the report are compiled as following:Population Growth The world's population is expected to increase by 2 billion … END_OF_DOCUMENT_TOKEN_TO_BE_REPLACED