India is expected to surpass China to become the world’s most populous country by around 2027, according to the latest report “World Population Prospects 2019: Highlights”, released by the United Nations on 17 June 2019.

At present, India is the second most populous country, with around 1.36 billion people. It is projected that India will have around 1.47 billion people by 2027. Thereafter, India’s population will continue to grow and reach the peak to 1.65 billion people in 2050s and then decline slowly to 1.5 billion by 2100.

Regarding the ratio of population density between the countries, it increased from 2.1 in 1970 to 3.0 at present and is projected to increase to 4.3 in the end of century. Even after adjusting for dessert and plateau areas, which account for one-third of China’s total land area, the gap between the two countries is still significant. 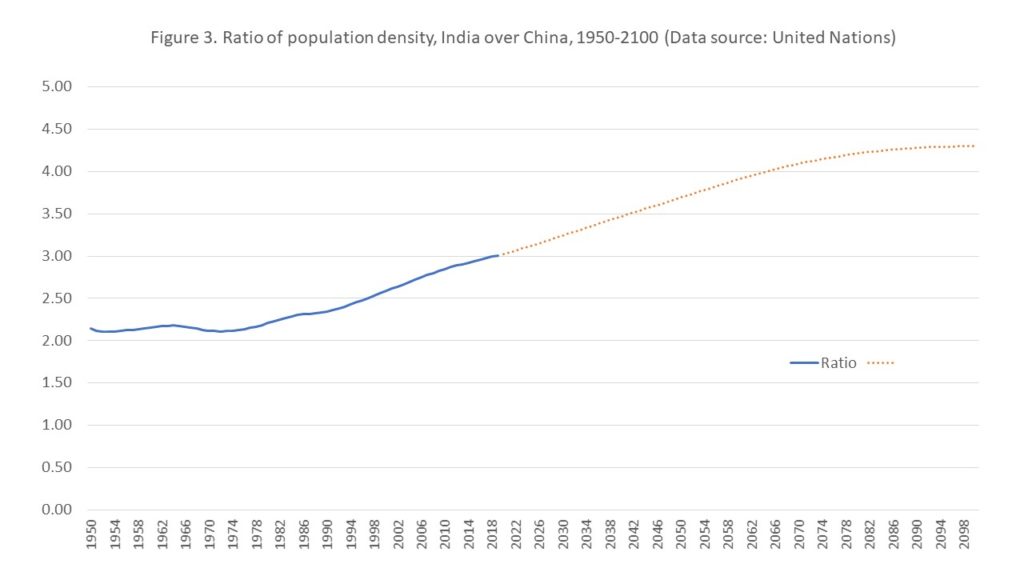 During the past decade, both China and India have been well-known for notorious harmful air pollution. However, air pollution in China has been improved recently as a result of economic downturn. In contrast, air pollution in India are worsening with economic development driven by persistent population growth.

Another major concern is related to water crisis in India where 18% of the world’s population share only 4% of usable water sources. According to an Indian government report, groundwater may be run out soon in many areas or cities. Moreover, water pollution is common across India, which is attributable to 21% of the country’s diseases.

Undoubtfully, population growth in India will put a great strain on environmental sustainability. Given the populous status and environment pollution coupled with potential resource depletion, I can’t help saying that it is horrible for India to overtake China as the world’s most populous country. If Indian government and communities can not make ambitious efforts to control population growth, over-population and its risk on public health will be one of major social problems in India.