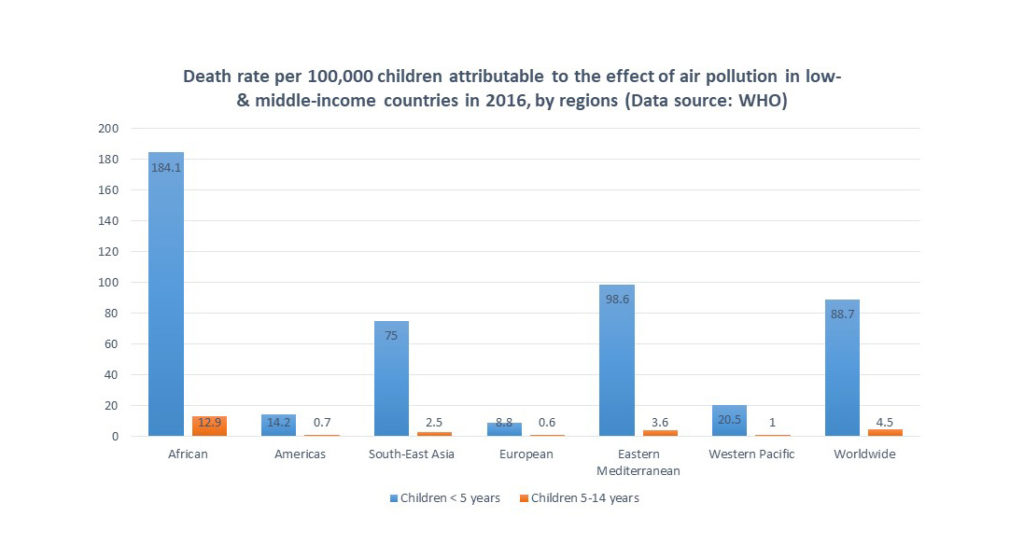 Air pollution is a major environmental risk to health, especially for infants and children. In addition to outdoor air pollution, indoor smoke is a serious health risk for some 3 billion people who cook and heat their homes with biomass and fossil fuels. In October 2018, the World Health Organization released a special report summarizing the latest scientific knowledge on the linkages between exposure to air pollution and adverse health effects in children. The following is a compilation of the key figures and major findings of the WHO report.

According to the WHO’s report, a growing body of evidence has shown significant associations between exposure to air pollution and adverse outcomes in children, as listed in the following: