According to a recent study on global temperature conditions, April 2020 has been recorded as the warmest April since 1850.

Difference in temperature between land and ocean areas

Global temperature in January to April 2020

Of the first four months of 2020, only April has set a new record of temperature change, the Berkeley Earth study reported. The data indicate that March 2020 was the 4th warmest, while January and February 2020 were 2nd warmest. Overall, the period of January to April 2020 was the 2nd warmest, only secondary to the same period in 2016.

According to the Berkeley Earth study, record-breaking warm conditions in January to April 2020 were observed across most of Asia, parts of Africa, South-Central America, and in both the Arctic and Antarctic. It was estimated that over 81% of the Earth’s surface was warmer than their long-term average or experienced their locally warmest April average.

Projections for the rest of 2020

According to the Berkeley Earth study, it is near certain that 2020 will be one of the 3 warmest years since 1850; it is projected that 2020 has slightly better than even odds (60% chance) of surpassing 2016 and becoming the warmest year since 1850.

Based on above findings, it may be expected that the coming summer (June to August 2020) may be a new record-breaking, hottest season in some areas of Northern Hemisphere. The high-risk areas for hottest conditions in the coming months may include South Asia, North Africa, South Europe, and America.

Implications for the ongoing COVID-19 pandemic

2020 is an unusual and painful year because of the ongoing COVID-19 pandemic which began in January 2020 and is affecting 213 countries and territories around the world, with more than 6.4 million confirmed cases and more than 380,000 deaths so far.

Unlike influenza and some other virus diseases that are obviously seasonal as their incidence is significantly reduced during the warm season, another study of Berkeley Earth suggests that warming weather is impossible to stop the spread of the COVID-19 pandemic.

Usually, swimming is a very popular activity in summer. In the coming months, however, it should be very cautious for people to go swimming in public pools so as to avoid the spread of or being affected by coronavirus.

With decreased frequency of social contacts under sunny and hot weather in summer, the COVID-19 spread can be slowed but may not be stopped. In the absence of effective prevention measures, it is possible that the pandemic continues spreading through the summer months in many areas of the world. Further efforts are warranted. 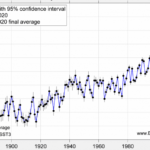