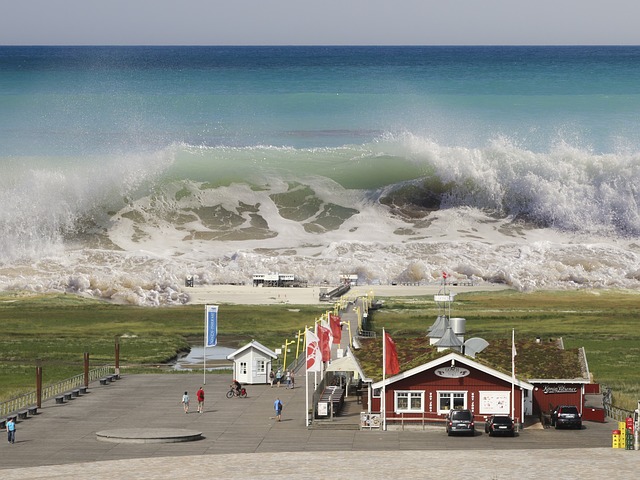 The World Tsunami Awareness Day is dedicated to promoting tsunami awareness around the world and sharing innovative approaches to risk reduction.

A tsunami is a series of enormous waves usually caused by earthquakes or volcanic eruptions occurring below or near the ocean. It is one of the deadliest natural disasters. For an example, the Indian Ocean tsunami occurred in December 2004 caused 227,000 fatalities in 14 countries. In the last 100 years, 58 major tsunamis have taken place over the world, causing more than 260,000 lives. On average, each tsunami caused 4,600 lives, surpassing any other natural hazard.

Over the past two decades, tsunamis have accounted for almost 10 percent of global economic losses from disasters. Currently, over 700 million people live in low-lying coastal areas and small islands. According the United States, it is estimated that around 50 per cent of the world’s population will live in coastal areas by the year 2030. They may be exposed to extreme sea-level events including flooding and tsunamis.

The first World Cities Day was officially held on November 5, 2016.

The date of 5 November was chosen to commemorate the Japanese story of “Inamura-no-hi” (meaning “burning of the rice sheaves”). During an earthquake in 1858, a Japanese farmer saw the tide receding and knew a tsunami was about to hit. He set a fire to warn other villagers so they could flee to high ground. Afterward, the farmer built an embankment and planted trees to protect the village from future tsunamis.

How to observe the Day:

Since 2016, many countries and communities host annually a range of events, including seminars, lectures, conferences, educational programs, and social media campaigns, to spread awareness for tsunamis. Each year a specific theme is selected, by the United Nations, to promote tsunami awareness and share innovative actions.

In 2020, the World Tsunami Awareness Day promotes the target (e) of the “Sendai Seven Campaign,” which encourages countries and communities to have national and local disaster risk reduction strategies in place to save more lives against disasters.

In 2019, the World Tsunami Awareness Day promoted the target (d) of the “Sendai Seven Campaign”, which focuses on reducing disaster damage to critical infrastructure and the disruption of basic services.

This year, the World Tsunami Awareness Day theme focused on the target (c) of the Sendai Framework for Disaster Risk Reduction 2015–2030, which aims at “reducing human and economic impacts from tsunamis.

The 2017 World Tsunami Awareness Day focused on the efforts to “reduce the number of affected people” when a tsunami strikes. This theme took inspiration from the target (b) of the Sendai Framework for Disaster Risk Reduction.

The focus of the first World Tsunami Awareness Day is on effective education and evacuation drills.