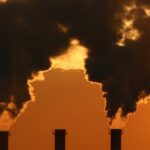 Air pollution is a major public health concern worldwide because of its adverse impact on health. It is now the 4th leading risk factor for premature death. It is reported that exposure to air pollution contributed to 6.67 million deaths in 2019 alone. Thus, it is important to know which countries have the highest and lowest morality rate attributable to air pollution.In a … END_OF_DOCUMENT_TOKEN_TO_BE_REPLACED