“Earth with all its life is our only home”. With overconsumption and rapid population growth, unfortunately, our humanities are jeopardizing our future by trashing our living environment and exhausting resources on the Earth. Unprecedentedly, we are facing a number of large-scale environmental problems such as air pollution, deforestation, diminishing fresh water supplies, ocean acidification, the Earth’s sixth mass extinction event, and global warming. For an example, air pollution alone contributes to more than 6 million deaths each year. Nowadays, taking care of our Earth has become a global agenda for ambitious actions.

Several months ago, over 15,000 scientists in 184 countries signed a second notice of “World Scientists’ Warning to Humanity”, which outlined severe, existential threats to human well-being posed by the current trajectory of catastrophic anthropogenic environmental issues. The warning was published in BioScience in December 2017.

The first notice of “World Scientists’ Warning to Humanity” was penned in 1992 and signed by more than 1500 independent scientists, including the majority of living Nobel laureates in the sciences. In the notice, the professionals expressed concern about current, impending or potential damage on planet Earth involving ozone depletion, climate change, forest loss, biodiversity destruction, freshwater shortage, marine fishery collapses and human population growth.

According to the second declaration, the global trends have further worsened since 1992. Although progress or positive change has been made in some areas (e.g., a reduction in ozone-depleting chemicals, an increase in renewable energy, and a decline in fertility rates in some regions), the trends in other nine environmental issues suggest that humanity is continuing to risk its future. These global trends include:

After its publication, the declaration “World Scientists’ Warning to Humanity: a Second Notice” has gotten a huge reaction and ignited a wide-spread public debate about global environment and climate. It is one of the most talked-about research papers in the world, currently ranked 6th out of 9 million papers on the Altmetric scale, a correspondent, Mike McRae, reported.

Some people may refuse to accept any type of the earth limits and think the scientists are just being alarmist. However, the global trends presented in the declaration were based on the results of analyzing a larger number of data and looking at the long-term consequences. The evident is valid and reliable. Given obvious signs that we are heading down an unsustainable path, scientists are calling on humankind to curtail environmental destruction and proclaim that fundamental changes are urgently needed to avoid adverse consequences.

As pointed out by the scientists, it is humanity that is pushing the earth’s ecosystems beyond their capacities to support the web of life. The 2017 declaration has described how our large numbers of population exert stresses on the earth that can overwhelm other efforts to realize a sustainable future and how we are fast approaching many of the limits of what the Earth can tolerate. Since 1992, there is a 35 percent rise of human population, i.e., another 2 billion people. So far, humanity has failed to make sufficient progress in solving these environmental challenges, as notified in the 2017 declaration.

The 2017 declaration stated that steps can be taken to reverse negative trends, but showed a concern that it may take a groundswell of public and corporate pressure to convince or drive political leaders to face reality and take the right corrective actions so as to avoid an ecological catastrophy.  A dozen of strategies and steps to address environmental sustainability issues at macro level have been suggested, but the scientists point out that the advancement of urgently needed changes in environmental policy and human behavior is still far from sufficient.

According to the IPCC report, temperature increase higher than the global average has already been experienced in many regions and seasons. The consequences of 1°C of global warming, such as extreme weather, rising sea levels and diminishing Arctic sea ice, have been witnessed in some areas in recent years. It is imperative to limit global warming to 1.5°C above pre-industrial levels instead of an increase of 2.0°C, since it would give people and ecosystems more room to adapt and remain below relevant risk thresholds, the scientists of the IPCC Working Groups stated.

To limit global warming to 1.5°C above pre-industrial levels and achieve sustainable development, ambitious mitigation actions are indispensable. A number of strategies and steps have been outlined in the IPCC report. Some of the kinds of actions may be already underway around the world. They may need to be accelerated. Much more actions would be on the way or initiated. As documented in the IPCC report, limiting global warming to 1.5°C would require rapid and far-reaching changes in energy, land, urban and infrastructure (including transport and buildings), and industrial systems. These system transitions are unprecedented in terms of scale, but not necessarily in terms of speed, and imply deep emissions reductions in all sectors or in all aspects of society. 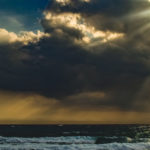