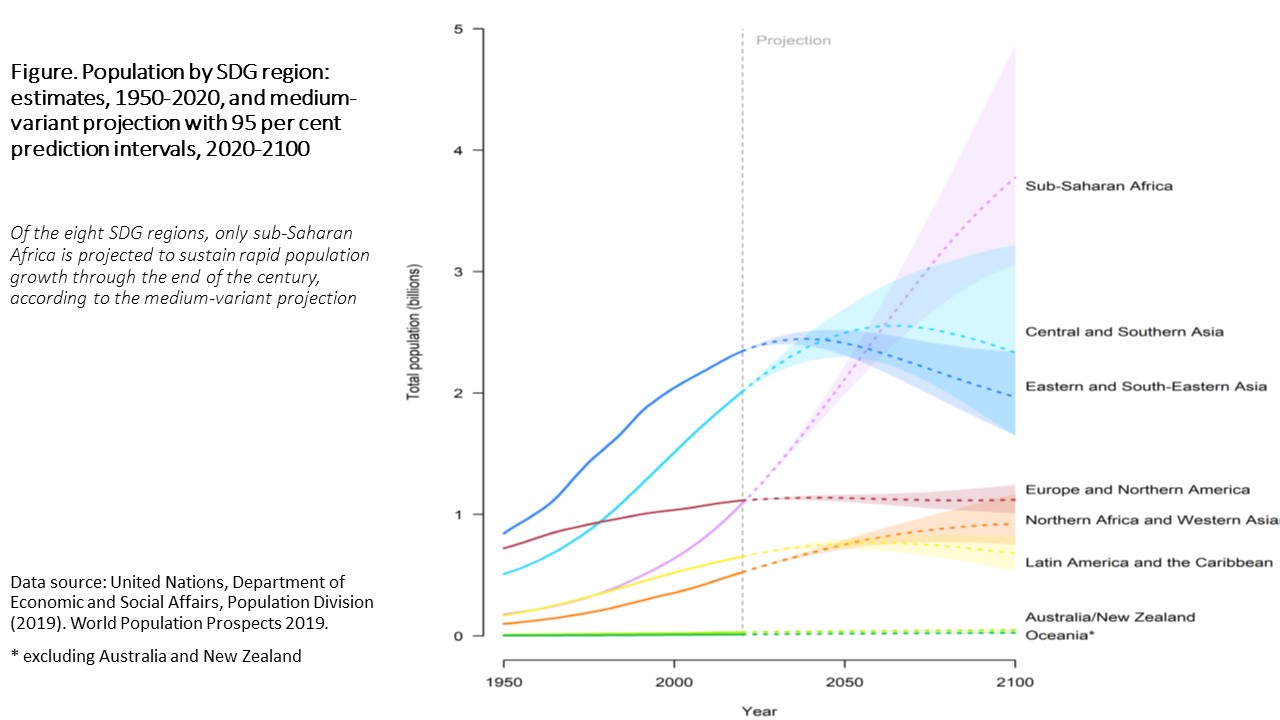 Over the next 30 years, Sub-Saharan Africa’s population is expected to double, adding an additional one billion people, said a new UN Population Division report released on 17 June 2019. It is further projected that the region’s population will still be rising fast at the end of the century, when the number of people in other regions on Earth will be reducing.

The UN report “The World Population Prospects 2019: Highlights” estimates that the world’s population is likely to increase by 2 billion persons in the next 30 years, from 7.7 billion currently to 9.7 billion in 2050 and 10.9 billion in 2010. Sub-Saharan Africa is projected to make up more than half of global population growth through 2050.

According to the report, 9 countries will be responsible for more than half the projected population growth between now and 2050, including India, Nigeria, Pakistan, Congo, Ethiopia, Tanzania, Indonesia, Egypt and the United States. Of these countries, four are in sub-Saharan Africa and one in North Africa.

Africa is the second largest and second most populous continent on Earth with an estimate of 1.31 billion people in 2019. It is home to 54 countries, including 46 in Sub-Saharan Africa and 8 in North Africa. By 2050, the population in Africa is likely to reach 2.5 billion people. Rapid population growth in Africa is an alarming event more than an amazing merit. 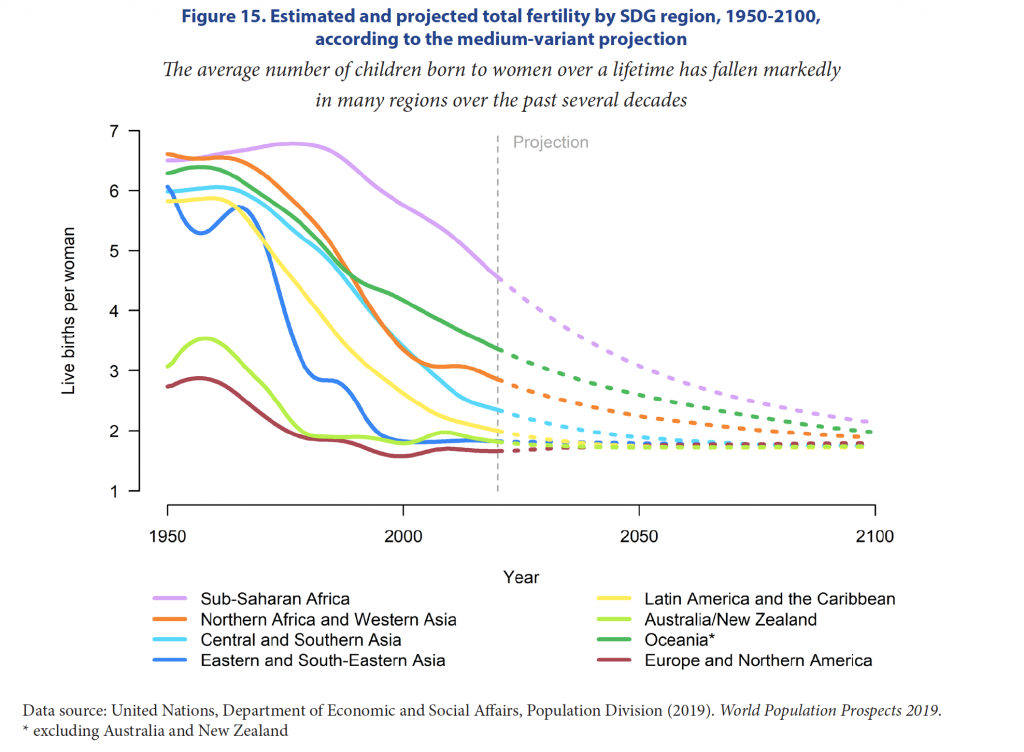 From now to 2050, the total number of babies projected to be born in sub-Saharan Africa will be 1.4 billion, exceeding the total number born during 1990-2020 by more than 50%. According to the UN report, less than 50 per cent of women who are married, or living with a partner, have access to modern methods of contraception in sub-Saharan countries. This figure is much lower than the global average (78 per cent of women).

A rapidly increasing number of births will pose significant challenges for both governments and non-government organizations striving to provide and expand services for mothers and newborns. Although rapid population growth in sub-Saharan Africa may provide an opportunity for economic development, it will unavoidably put a great stain on natural resources, especially in the era of global warming and resource depletion.

As said by Dr Zhenmin Liu, United Nations Under-Secretary-General for Economic and Social Affairs, fast population growth in the poorest countries brings additional challenges in the effort to eradicate poverty, achieve greater equality, combat hunger and malnutrition, and strengthen health and education systems. It will be a great challenge for sub-Saharan Africa how to achieve sustainable development with such massive population growth.

If Africa can learn lessons from the aftermath of over-population in some Asia countries such as China and India, where concerns have been raised about environmental pollution, resource depletion, and biodiversity loss, it will be realized that it is imperative to further reduce fertility rate and control population growth in Sub-Saharan Africa.